Indissolubly linked to the figure of Hannibal and the Battle of Trasimeno which had its epicentre here in 217 B.C., in the late middle ages Tuoro became a large agricultural centre with its dominant position on a high plateau on the north side of Lake Trasimeno. It was at the tail end of Perugian territory and had its own Customs, as well as castles and fortifications protecting its confines. Lower down, nearer the shores, a group of dwellings housed fishermen, whose main method of fishing, called “I Tori”, gave the town its name.
The flow of emigration from the Trasimeno area in the fifties and sixties has since been counterbalanced by the big influx of foreigners, above all from northern Europe, who have built numerous villas on the hills above, in the La Cima locality, quickly transforming the town into a sought-after residential and tourist centr
S.M.Maddalena
The church St. Mary Magdalen became Tuoro's parish church at the end of the 1300s, following the ruin of the Church of S. Agata (St. Agatha). Previously, it had been a single chapel, and the baptismal font was not added until 1491. Almost nothing remains of the original church since reconstruction work was carried out in the second half of the 1800s. A striking scene depicting the conversion of Mary Magdalen can be seen in the apse of the church, painted in 1949 by the artist Gerardo Dottori. 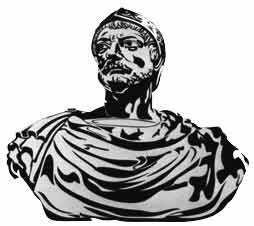 Campo del sole
Field of the Sun. This space on the "Lido di Tuoro-Punta Navaccia" is an inspiring open-air museum: 27 sculptured columns form an enormous spiral 44 metres in diameter, leading into a central plinth mounted with a symbolic sun sculpture. The concept for this unique project began with Pietro Cascella work on the Campo began in the summer of 1985 and went on until Autumn 1989. The works are primarily realised using the local clear grey stone from the Fratelli Borgia di Tuoro quarries. 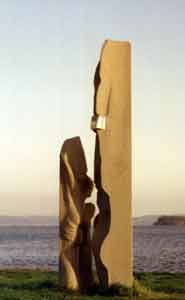 Itinerary of the battle.
The themes surrounding the second Punic War can be delved into at the Battle of Trasimeno Permanent Documentation Centre which plays host to exhibitions on, among other things, the main theories about how the Battle of Trasimeno was fought, making use of panels, model relief maps, and a specialist library. Visitors can also find out information about the Battle of Trasimeno Historic Archaeological Trip which takes in the countryside which formed the setting for the epic confrontation between the Romans and the Carthaginians. Rest areas are situated along the route, where more information about the Battle and the history of the particular areas is available, allowing visitors to locate the various battle zones and visit the "ustrinas", the pits where the bodies of 5000 Romans were burned.
Main festivals
"Sagra del Pesce" Fish Festival - June. Borghetto district. - Mission: Hannibal - July/August. A theatrical adventure acted out at the scenes of the Battle of Trasimeno. - Trasimeno Blues - end of July - "Biga" two-wheeled chariot race - August. Spectacular chariot race in Roman costume. - Olive Oil Festival - December. Opening of the oil mills, tasting of the new oils, performances.
Isola Maggiore
Today, Isola Maggiore plays host to a growing tourist trade, and it retains many civic and religious reminders of its original splendour, among which are the "Casa del Capitano del Popolo" (House of the People's Captain from the XIV c) and the two parish churches, S. Salvatore (St. Salvador from the XII c) and S. Michele Arcangelo (Archangel St. Michael from the XIII c). When St. Francis visited in 1212 the island was already densely populated. In the 1500s it reached its highest level of population with between 500 and 600 inhabitants and was the principal fishing centre on the lake. Today, the population can be counted in tens, and the principal economic activity is tourism. Villa Guglielmi. Towards the end of the 1800s the marquis Giacinto Guglielmi purchased the fourteenth century buildings which had been the monastery and church of St. Francis, and he incorporated them into a sumptuous private residence, built in the form of a castle, to which he gave the name "Villa Isabella". At the beginning of the 1900s, the marquis' daughter, Elena, encouraged the island women to take up Irish lace embroidery, a tradition that still exists today.